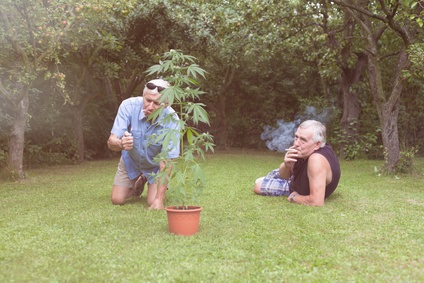 We have all heard the horror stories of all the bad things that can happen when a person uses marijuana. But now a different story is starting to emerge. Can it be true? Is marijuana safe to use and better yet can it help people with some of their health and medical issues?

There is evidence to show that as early as 6000 B.C. the Chinese used cannabis seeds as a food source. A Chinese Emperor known as Shen Nung is often referred to as the Father of Chinese medicine. He used marijuana to treat his pain from gout and rheumatism and recorded its effectiveness.

Although European countries seem to have realized the medicinal benefits of marijuana for quite some time Americans were a little slower. They did however use marijuana for other things such as hemp. From this was made clothing, sails and rope. There was actually a law requiring farmers to grow marijuana in 1619. George Washington, who we known as one of the founding fathers of the United States and the first President of the United States, actually grew cannabis on his plantation as well as Thomas Jefferson.

Another interesting fact is that the first couple of drafts of the Declaration of Independence were written on paper made from hemp. The last hemp was planted in 1957 in the state of Wisconsin.

An Irish doctor who was studying in India around 1830 found that cannabis extracts actually had some medicinal value when it came to relieving stomach aches, migraines, insomnia plus other ailments.

During the temperance movement in 1890 marijuana became the substitute for alcohol. It was noted that during that time there was less domestic violence as is common when one consumes too much alcohol.

From 1850 to 1942 marijuana was listed in the U.S. Pharmacopoeia as a useful medicine for nausea, rheumatism and labor pains. Believe it or not you could actually purchase it quite easily at your local general store or your pharmacy.

How Do Other Countries Treat Marijuana

• In Jamaica a religious movement known as Rastafarianism believe that cannabis is a divine herb. Smoking marijuana they believe is sanctioned in the bible and is necessary for spiritual enlightenment.

• In Australia the SEX Party is trying to legalize marijuana, euthanasia, censorship, abortion and they also would like to tax the church.

• In North Korea marijuana is legal and is not even classified as a drug.

• The largest producer of marijuana is believed to be Paraguay.

Marijuana has been used to:

So even though marijuana was at one time legal to buy and was used to treat minor ailments what happened that made it become American’s number one enemy?

One of the theories as to why people began to fear using marijuana is because of one man. That man was Harry Anslinger.   Anslinger was appointment as the first commissioner of the Federal Bureau of Narcotics in 1930. At this time alcohol was banned but in 1933 that was repealed. Anslinger at first stated that cannabis was not an issue, even going so far as to say that it was absurd to think marijuana use made people mad or violent. Everything changed after being appointed as head of the FBN.

Since his job was to wage war on drugs and at that time that was heroin and cocaine and there was not the widespread use of these two narcotics he needed something to go after to justify his job.

In 1937 the Marijuana Tax Act became the first law to criminalize marijuana nationwide. Anslinger played a major role in its passing. He made many outrageous claims about the effects of marijuana without any scientific backing. He also played the racist card which back then would not have been too hard. He claimed that marijuana was mostly used by the blacks and Latinos and by them using it they were forgetting their place in society. He also claimed that using cannabis promoted interracial relationships.

Most people back then referred to this drug as cannabis so Anslinger started referring to it as marijuana thus making a connection with the Mexicans.

So why did Anslinger change his opinion about cannabis? Well the actually theory is it was not about marijuana as we known it at all it was more about the use of hemp. At the time hemp was thought to be a low cost substitute for pulp paper. So if your rich buddies who are in the paper business or the newspaper business like William Randolph Hearst, Andrew Mellon, and the DuPont family the use of hemp would hurt them financially. So like so many other things in this world of ours it comes down to taking care of the rich by whatever means necessary.

Various studies have show that marijuana in fact does have a place in our healthcare system and now at least one insurance company recognizes that. Since medical marijuana has been legal in Canada since 2001 we now have Sun Life Financial adding medical marijuana as an option for their group benefit plans. This is truly a big change for the insurance industry and it shows the public is much more aware of the actual benefits marijuana can offer.

I known there are some people out there that no matter what you show them will never believe in the health benefits of marijuana and unfortunately some of these people are in a position to stop or at least slow down the process of legalizing  marijuana. Of course I am referring to Jeff Sessions the Attorney General of the United States. Him and Harry Anslinger would have been great pals.

So in conclusion I would have to say in my opinion I do believe that using marijuana responsibly is safe. As a Canadian and a medical user of marijuana I have never had any issue with using it.

How about you? What do you think about Canada’s decision to legalize marijuana for recreational use? Also do you think other Canadian Insurance Companies will start to cover the cost of medical marijuana like Sun Life just did? 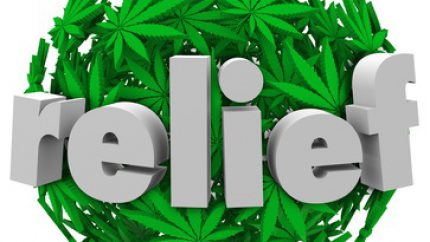 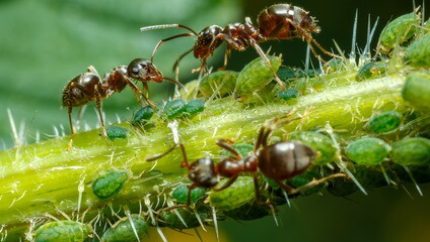