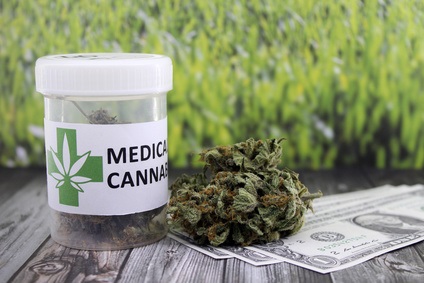 How To Beat Addiction -My Story

What is addiction? According to the dictionary “an addiction is a compulsive need for and use of a habit-forming substance characterized by tolerance and by a well-defined physiological symptoms upon withdrawal.” Not all addictions are from the use of illegal drugs. Prescription drugs can also cause a person to have an addiction. So whether you are addicted to prescription medication or street drugs there are similarities on how to beat addiction.

Seeing how we are such a polite society for the most part we often refer to a person using prescription pills for pain as dependent on the pills not addicted. The reference being that once the pain issues are over you can get off this medication.  After all Big Pharma has led us to believe that these pain meds are non addictive.

This Could Not Be Further From The Truth.

My story began in early 2004 when I hurt my neck in the workplace. I worked in the automotive industry in the factory fixing machines.

After going to several specialist I underwent several physiotherapy sessions then one doctor thought surgery was needed and sent me to another specialist who did not deem it necessary.

My family doctor prescribed various pain killers to no avail until he prescribed me Oxycontin in late 2004. It was like a miracle. I was now able to live an almost pain free life.

A Bit Of History

In 1996 Purdue Pharmacy released Oxycontin. Oxycontin is an extended release medication which means it is designed to release small amounts of oxycodone for up to 12 hours. This was considered great for people who had just had an operation or suffered from chronic pain. In just two years after its release, Oxycontin was responsible for 80% of Purdue’s profits. Unfortunately it was also becoming well-known by drug enforcement.

The problem was people were crushing the pill and then snorting it, smoking it or even injecting it. Now that 12 hour dose was being taken all at once.

From1992 to 2006 treatment for opiod users jumped from 40,000 to 120,000 people. Purdue was required to add warnings concerning the use of Oxycontin. Despite the warnings this drug affected many of the states in the Appalachian and became known as “Hillbilly Heroin”.

Finally, in 2013 a new tamper proof Oxycontin was released. It was harder to crush and when tampered with it would turn to gel. This pill can’t be snorted and is quite hard to inject.

This pill then became known as Oxyneo, which I was now being prescribed.

Life just kind of went along until 2018 when my husband and I decided to move to Nova Scotia. We are still in the process of fixing up the house and finding a house in Nova Scotia.

This brought up another problem. Nova Scotia has a shortage of doctors so where am I going to find a doctor that will prescribe me oxyneo?

It Was Time To Get Off The Oxyneo.

The Pains of Withdrawal

Being the smart person that I am I never thought to look up about withdrawal symptoms when coming off of oxyneo. I mean really how bad could it be. Well let me tell you it was bad! I experienced every withdrawal symptom you possibly could. My body ached, I had diarrhea, runny nose, sneezing, goosebumps, shaking, shivering, nausea, sweating and restlessness. In two weeks I lost 20 pounds as the only thing I could hold down was water. I was so unsteady on my feet that we had to rent a walker.

After about three weeks I was able to hold down solid food although the diarrhea continued. I graduated from the walker to a cane and although very weak and tiring very easily I was turning a corner. I was also at this time able to resume taking medical marijuana. Now I was taking it to manage my pain which I still had. I can honestly say that it is handling the pain very well.

It has now been 3 months since I went off of the oxyneo. Everyday I see improvements. My doctor was not too happy about how I got off the oxyneo but he was happy that I was off of it. The thing about oxyneo is that it masks more than the pain for which you are taking the drug. My teeth have never really bothered me but now all of a sudden I have about five teeth that are hurting. Some people believe that oxyneo can contribute to a decline in your dental health.  I am still having some other health issues but they say it takes about a year to a year and a half to truly get rid of the demon drug’s affect.

My first bit of advice is to not do what I did. If you want to get off of a prescription pain medication or even a street drug see your doctor or a medical professional.  Also make sure you have a support system. If it hadn’t been for my husband I don’t know what would have happened to me.  He really stepped up and took very good care of me.

Pros and Cons of Medical Marijuana

Since I am now taking medical marijuana for pain I am feeling much better.  If for some reason I am not able to take my medical marijuana I do not start having withdrawal symptoms like I had with the oxyneo. I now do not have to go to the doctor every month to get a prescription.  I go once a year to a medical doctor who specializes in medical marijuana.  Depending on the prescription he gives me I can then order my marijuana online from the licensed medical marijuana producer that I have selected.  They then deliver it right to my door. Very convenient.

One of the cons of using medical marijuana is, once you are approved you choose your provider and then you are stuck with that provider until you get your prescription renewed.  You cannot purchase from another medical marijuana provider.  This may not seem like a big issue but some providers have way more product than others.  Best to do some research before going to the doctors.

If I had to do it all over again I think I would have sought the advice of my doctor before going cold turkey. Like I said before I don’t know what would have happened to me if I did not have the support and help of my husband. My doctor told me that people have died doing what I did so, again, if you want to beat your addiction see a health professional.

Remember there are alternatives to pain management and medical marijuana is one of those alternatives. In Canada it will officially become legal in October 2018. You will legally be able to purchase a certain amount and you can also legally be able to grow up to 4 plants. This is for recreational use, if you are using it for medical purposes then how much you can possess or grow will depend on you prescription.

Marijuana is so much more than getting high.  It does have great medical benefits that some people in power are turning a blind eye to.  They only see those that abuse the drug.  So why do they turn a blind eye to alcohol abuse?

If you are suffering from pain maybe you should discuss with your doctor the benefits of using medical marijuana.  You eventually may want to even grow your own. 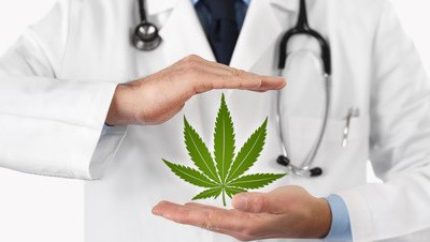 marijuana strains for medical use

Learning How To Grow Marijuana Outside Can Be A Challenge